Back in 2013 as an even younger ballhawk (13 at this time) than the one I am today, one thing I really wanted to do was take another trip to Rangers Ballpark in Arlington. I had only been once before then, and that was for Game 2 of the 2010 ALCS (which I linked the blog entry I wrote when I was 10. Wow.)  I wanted another feel of what it was like and traveling to me seems like (and still is) lots of fun, so I asked my dad that summer if there was a chance of catching a game up there, but specifically a game where I could see my hometown team, the Houston Astros face them. There were only two series that whole summer where the Astros were in Arlington and to cut to the chase, he agreed, and we picked a Tuesday night game in August. I was stoked. We left our house around 12 in the afternoon for the 7:05 game, and off we went. 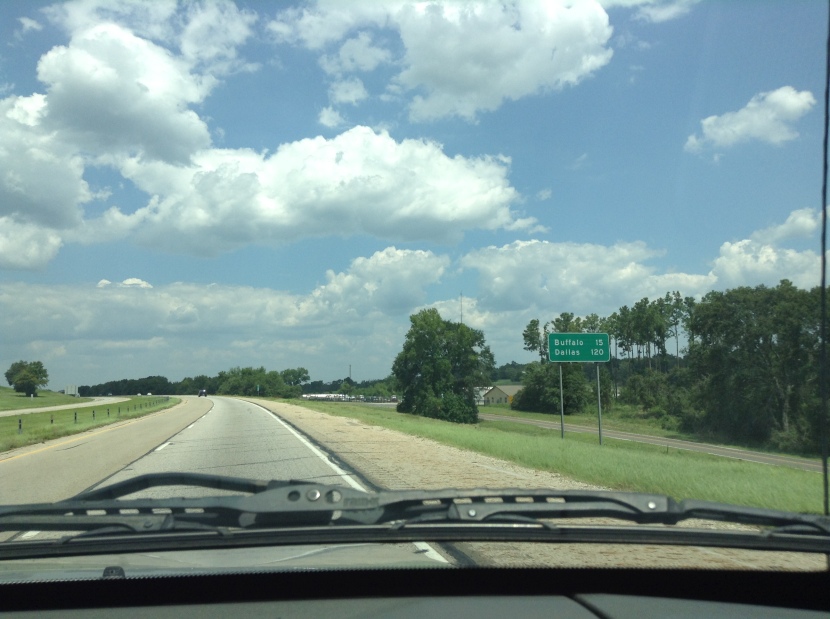 The drive from Houston to Arlington typically takes around 3 1/2 hours, so of course I fiddled with my camera a bit, to really enjoy the ride. 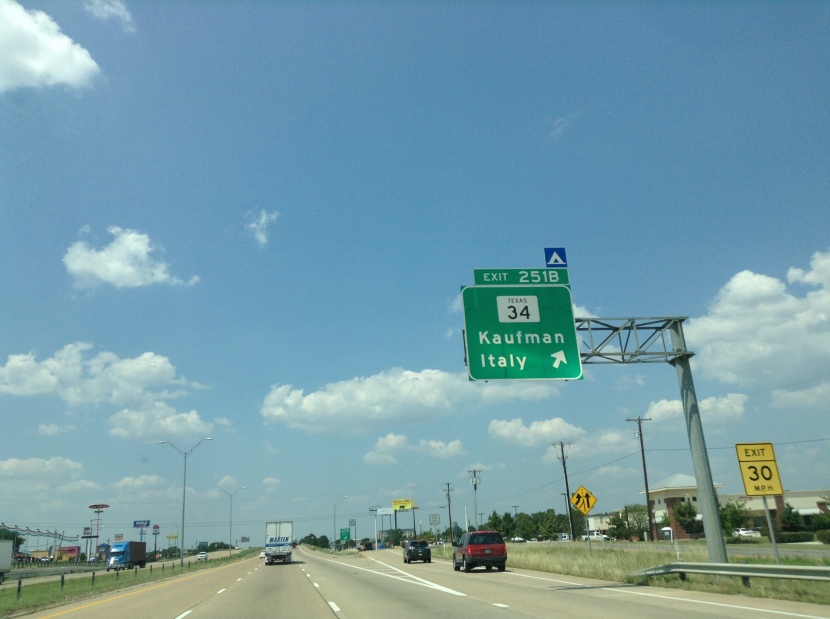 (Yeah, we went to Italy too.) We arrived towards the area at around 4:15, 45 minutes before the gates were scheduled to open. 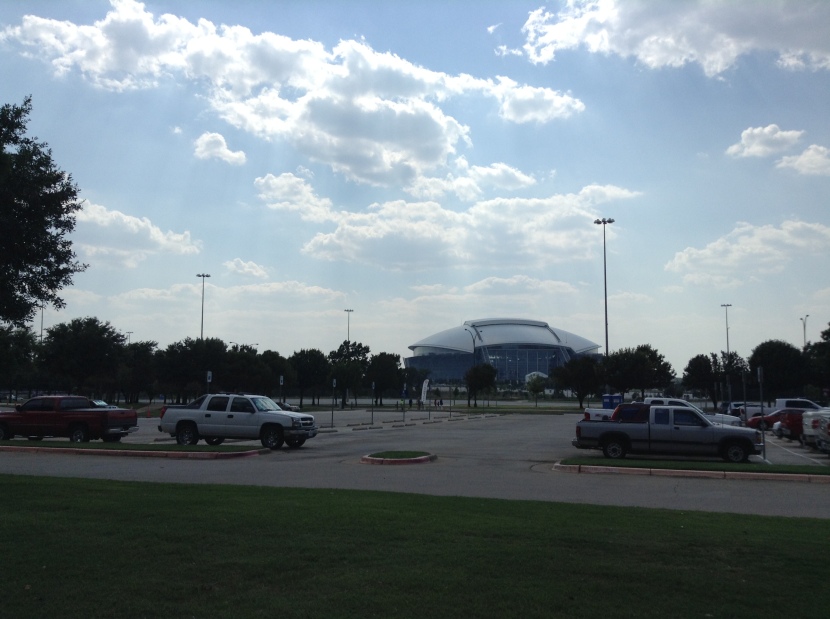 Ah, the beauty of Texas. We parked, did our customary walk around the ballpark and of course, took more pictures! 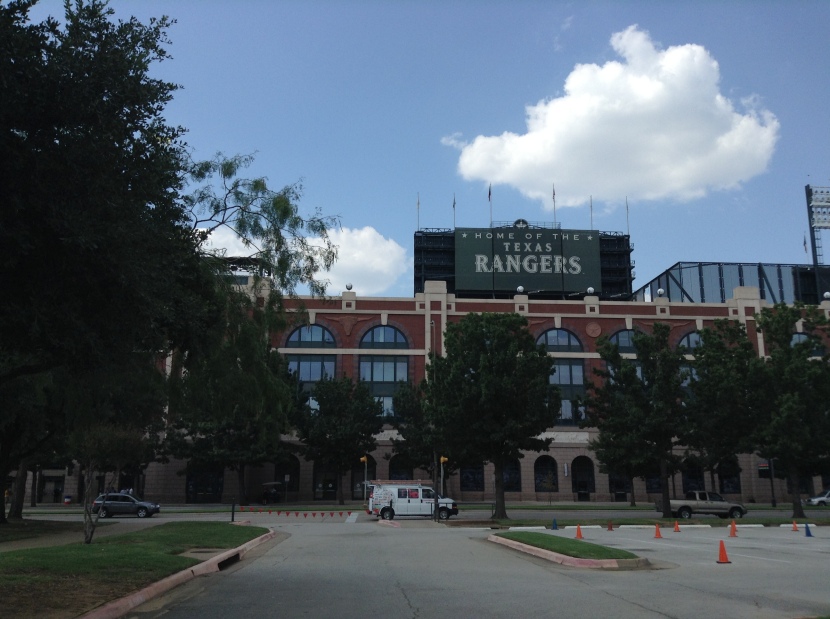 I sure was happy to be there, and if you haven’t noticed already, I also was supporting the hell out of my team. It felt great to be in enemy territory, even though I saw hardly any other Astros fans to feel great with (granted, the Astros were on their way to a 51-111 season in 2013, yikes.) But it didn’t bother me, I was still going to root them on all the way. The gates opened at 5, and for some reason, I went to right field, instead of my usual left. The Rangers were still up taking BP (sadly, I have hardly any pictures from BP that day so bare with me) when a ball landed in the Rangers bullpen. Alexi Ogando was there warming up, and even though I was in Astros gear (I now know WAY better) he tossed it up to me thanks to me asking for it in spanish, and no one else was around. Ball #1 of the day.

I headed back to left field to catch up with my dad when I spotted Derek Holland. Now, two weeks before this game, the Rangers were in Houston and I had a nice encounter with Derek at a game that series when I asked for his empty water bottle. He thought that was pretty funny/weird, so he did! Now, fast-forward to that day, he remembered me when I called out to him for a ball! He asked about my Astros gear, and the water bottle of course, which was cool. In the end, I convinced him to toss me a ball since he hadn’t tossed me one that day, so that’s how I got my 2nd ball of the day. Awesome.

I moved towards the berm in center field after the Rangers walked off in preparation for Astros BP. I recall that I thought it would be very cool to finally see the Astros take a full BP since I never got the chance back here at home. Right as they started, I got a player to toss me a ball (I forgot who it was, darn) for my 3rd ball of the day. BP kept going along and there wasn’t much action in that area, so I repostioned myself behind the Astros bullpen. 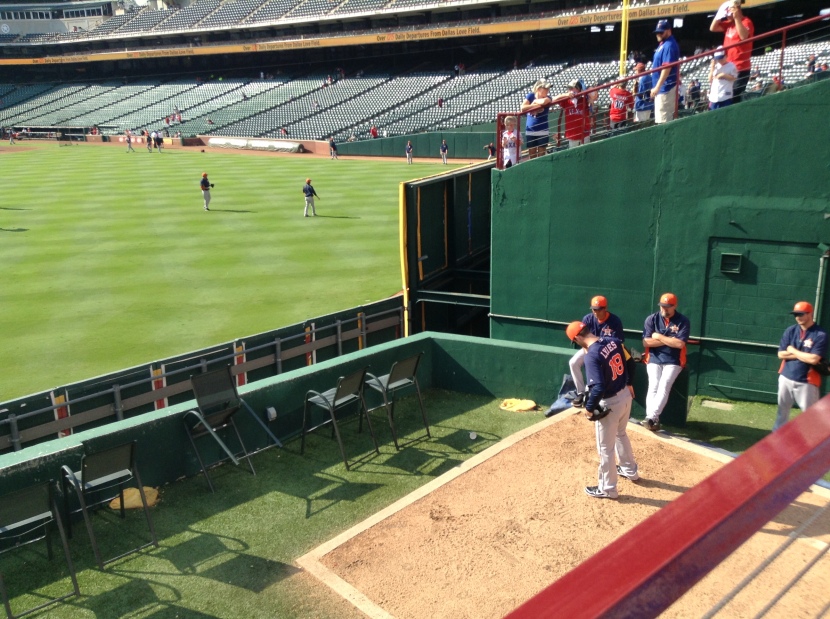 Jordan Lyles was having a session when a ball bounced into their bullpen, right in front of Jordan. I called to him, and there I had my 4th ball of the day. I was thinking to myself what a big day I was in for. Then, it went DEAD. Nobody was hitting them out (one of the reasons for their 51-111 finish that year), and tossups were sparce despite my visiting team gear “advantage”. BP ended at 6, a full half-hour than usual (I remember being shocked) and I manage to get Dallas Keuchel (before being the good-beard/cy-young pitcher that he is now) to toss me my 5th, and final ball of the day before walking off. Our seats were in the 2nd deck, and back then I really wasn’t allowed to wander allow yet so technically my ballhawking day was done unless we caught a foul ball. After BP, we headed to our seats and I spent the time admiring the coolness of the ballpark, and showing off what I caught (duh). 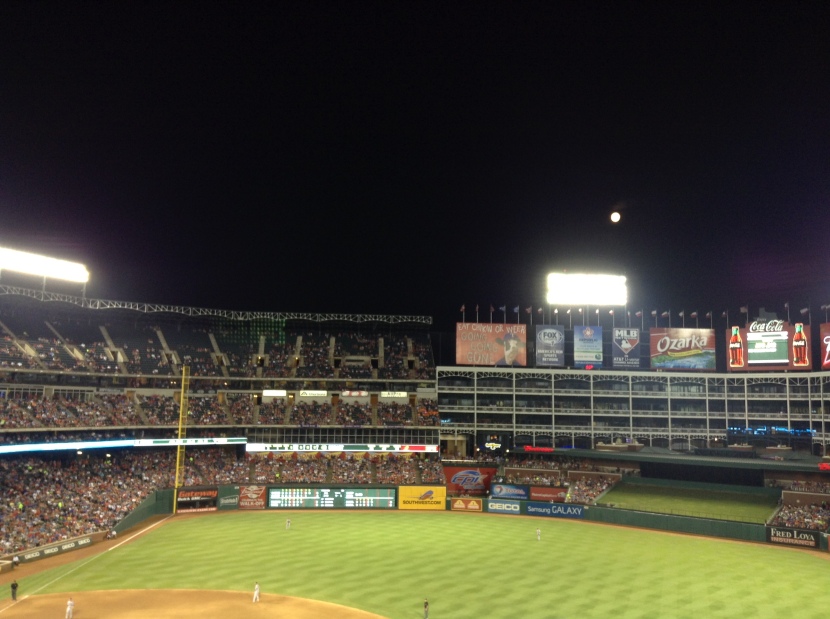 The Astros ended up losing 4-2, and no foul balls came our way sadly. Despite this, I sure did have a good time that day while also enjoying a cool road trip baseball game with my dad. Good times.

Stats (at that time) after this game

When was my last game?

Archives of Past Adventures!

Sites/links that I love and you should totally check out (: